Oliver is the product of those two great European nations, Britain and Switzerland. Early exposure to his (Swiss) grandfather's cellar of Burgundy, Alsace and Fendant sparked his interest in great wine. His first foray into production consisted of referring to Hugh Johnson's Wine Atlas while crushing grapes (with a potato masher) from his back garden in Oxfordshire. The juice was placed in a cut-off plastic bottle in the larder and the resulting mould culture quickly binned by his parents. Educated at the University of London and the Sorbonne, he had a good stint stacking shelves at the local supermarket before Decanter magazine plucked him from obscurity and paid him to write about wine. He did this for six years. Then, tired of the withering looks winemakers give journalists, he decided to move to Spain, make wine and thus be on equal footing with the world's dullest primates. If he ever musters the cash he will take his WSET Diploma. He hopes to continue persecuting MW students, anyone who owns iPod headphones and Diemme for the foreseeable future 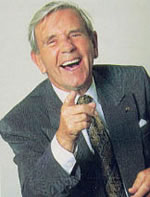 Something about the 2011 campaign told me that the Mea Culpas would come out this year – and I have a feeling I might be right. ‘We were arrogant,’ says Chateau Lafite MD Christophe Salin of last year’s wine pricing (and ‘timing’ – for which read ‘handling’).

And I think we can expect more of this in the run-up to the 2011 barrel tastings. Lots of hand-wringing and apologies and staunch, almost stoic, approaches to the current release. Yes, we behaved like greedy pigs, we’re sorry, we were shown the errors of our ways, now we can all look at the 2011 vintage with clean, clear, tear-dried eyes and tell the world that it needs to buy it. Fine, life as usual – only a little bit cheaper and with a bit more sober reflection.

But to those Chinese (I keep being told it was them that snapped up all the Bordeaux over the last few years but I’ll happily accept they weren’t the only dupes) and let’s also include all those billionaires, bankers and moneyed social pariahs from all continents, will you indulge me while I stick your noses in the H-word and rub you around in it?

The H-word is, of course, History. It’s out of fashion these days – and vastly underrated – but think about some of what the past now tells us:

1 – All this talk about Bordeaux En Primeur pricing reflecting the market is nonsense. If this year’s En Primeur campaign has already started with apologies, it isn’t because the Bordelais think that people will be less willing to part with stupid money for a bottle of wine, it’s because previous pricing has got them into a sticky and delayed situation. If – as lots of people used to claim – Bordeaux pricing (through the tranche system, etc.) simply adjusted to the market at the time of release, no one would be apologising and so publically self-flagellating in Bordeaux right now (see also John Kolasa’s bizarre ‘I have to follow the line’ statement – was that really passed by his bosses or was this a cry from the depths of the Bordeaux beast’s bowels?). No, this is happening because something from the past (ie. pricing policy) has come back to haunt them. Bordeaux pricing bears no reality to the real world – otherwise how could they be ‘arrogant’? And even if, in your tiny little mind, you think Bordeaux pricing reflects the market and is a perfect system, you surely must admit it’s quite clearly a very delayed system.

2 – Also think back to this time (and quite before) last year. Remember the Bordelais were already talking up the 2010 vintage. Not so this year. If one was exceptionally cynical, one might draw the conclusion that perhaps all this talk of past arrogance and inflated prices is only a ruse to sell a less-than-stellar vintage to an already bored/saturated market. But who would be so ungracious as to believe that?

3 – But it’s not just those in Bordeaux whose history we shouldn’t ignore. Look at the journalists and wine writers. They too are likely to re-hash a lot of this château-owner apologise-to-sell stuff. In fact I wouldn’t be surprised if a lot of stringent opinions about past Bordeaux pricing policy come out of the woodwork over the next few weeks (to be fair to some writers, concerns were already being voiced last year). At this rate, my past writings and rants on wine-life.co.uk will soon take on what can only be called the blandness of the self-evident. But attacking Bordeaux pricing policy a few years ago felt like the occupation of a lonely and disenfranchised minority. Sure, a lot of wine writers weren’t happy with the prices many châteaux were charging, but they weren’t doing anything about it. Some were even encouraging you to buy this over-priced plonk. If these Mea Culpas from the châteaux continue, expect it to sound like wine critics were on the side of the consumer all along – that they always thought Bordeaux pricing was greedy and were doing everything in their power to tell the consumer, to let him or her know, and to fight the good fight. As I have illustrated many times on my blog before, they weren’t – and if they start to make such pronouncements, they should be held to account. At the very least, many were complicit in their silence. And if, on the back of their previous huge points and ravings, you bought several cases of greedily over-priced claret from them, pray ask yourself what you think their job is and whether you should be following them.

I don’t think we should forget this notion of using the past to inform the present (and even the future) – and I’m not talking about this kind of glossy “we were greedy last year but let’s move on and try the sensibly priced 2011”. I’m talking about actually taking some lessons from it.

Paul Pontallier said Margaux 2011 was ‘excellent’. Which is fine – he can say that and mean it at the time – (so can journalists…Parker can distribute 100 points to wines a case of which is more than many peoples’ salaries and then later – or in some cases even at the same time – tell people it’s overpriced).

But if, say, these qualifications somehow change over time, you then have to ask how much importance is to be attributed to their words in the future. I, for instance, doubt Pontallier means 2011 is ‘excellent’ like 2010 was ‘excellent’ but that’s not really the point; the point is that while we would probably forgive him if he changed his mind over the next few months, we have to then ask why we are giving his pronouncements (if they turn out to be untrue) any credence now and in the future.

Bordeaux is now basically a joke – not funny ha-ha – but a travesty of the wine world. It’s a joke that everyone bar the person who buys the wine is in on. And all it takes to realise this is a half-decent memory, a questioning nature and a look at the facts. In fact, a longer-term memory tells you that this kind of thing happens in Bordeaux in almost perfect 10 year cycles. Some more regular cycles have taken on the regularity of tradition, namely that of wine merchants ask for a reduction in Bordeaux prices in the run up to En Primeur. Strangely, though, they still put the stuff up for sale.

A final point: I can be attacked (quite fairly and justly) along the lines of not understanding that in today’s ‘western’ society what something is worth is up to the consumer (a sort of ‘if they’re rich enough and stupid enough to buy it, let them’). I have a great deal of sympathy for this line of thought. However, if you want to stop speculation (as, apparently, lots of wine lovers do) you don’t do it by thinking (or even saying) these wines are too expensive while at the same time adding to their cachet by covering them in drooling press, gushing video interviews and slapping a huge score on them. No one has the excuse to be so short-sighted anymore.