It is the final countdown for the start of the third European Wine Bloggers Conference, the annual gathering of wine communicators of all types, and this year representing 30 countries.

There is so much about this event worth sharing but I have to be brief – I’ve a conference to put on and more than 386 wines to taste! 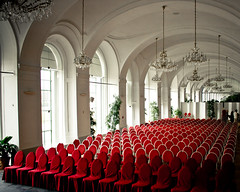 First, thank you so much to my amazing partners in this venture – Ryan & Gabriella Opaz of Catavino.net. We’ve got so many ideas of great EWBC related stuff, I am SO excited about what the future will bring.

We are also so glad to have put together the kind of event that can bring together wine lovers from so many different backgrounds and locations. 180+ delegates from 30 countries is an amazing statistic for a young conference in this area. Check out the live streaming page for videos and tweets to follow the event.

We are forever grateful to the sponsors that make these events happen. Our past sponsors, Dinastia Vivanco and ViniPortugal are still involved with the EWBC – that must say something! This year we are so excited to be working with the fabulous team at Austrian Wines and I am REALLY looking forward to learning more about the fabulous wines of this country.

Finally, the full benefit of the event is hard to measure. We hope the visitors learn about, and love, the wines of the sponsors for themselves, but also on their blogs. We hope to see A LOT more content about Austrian wines, grapes, regions and foods in the coming months. But there are also all intangibles, such as the contacts made, the collaborations established and the many new opportunities created when barriers of language and distance are broken down and people find a common cause.

I look forward to sharing some thoughts on the above over the next few days and hope you enjoy reading it – and maybe consider attending next year – we’ve got more exciting things planned for then too.

Blogs and the future of wine writing

I want to get a post up about my experiences of the Wine Future conference, but before I do that, I want to address something that has bothered me since the final session.

In that final session, Jancis Robinson said, in answer to a question about the future influence of blogs:

“… (there is a) huge generation of people … who are dying to communicate about wine and are very frustrated that dinosaurs like me, and my colleagues who write columns in the National Press, in Britain anyway, refuse to move out of our ‘slots’ and make room for them, so this is a natural place for a new wave of wine enthusiasm to communicate itself.” – Jancis Robinson, Wine Future 2009 (see mins 3:09 – 3:38 on the Vinus.tv video)

Someone else said pretty much the same thing to me at the EWBC.

The vast majority of wine bloggers are not writing blogs because they are waiting, biding their time until they are “called” to take on the mantle of Wine Writer at the FT, Guardian, Sunday Times, etc.

There is a generation of wine lovers who are using the power of social media, through blogs, twitter, facebook, youtube, etc. to communicate their love of wine and their personal take on it. Some content is definitely better than others, and a very small percentage may be doing this with the goal of taking their place in the Circle of Wine Writers (as it exists today), but that is not what frustrates most of us.

I would argue that the frustration comes from the fact that we realise that there are lots of wine stories out there, whether from a consumer, producer or trade point of view, that the traditional media (mainly in printed formats) is incapable, or unwilling, to share. Instead of helping the wine industry, those respected, established writers who continue to make ‘old media’ their main/key/only platform, ensure that wineries and brands who might get involved with more creative, and arguably more effective, channels, are instead still wasting their money and effort on dead-end advertising.

Jancis, for the record, no-one I know thinks you are a dinosaur – quite the contrary! You are showing how it is possible for a wine writer to use the internet to VASTLY increase the number of wines and wineries you cover, whilst also building a business and a brand you can benefit from financially. We’d be ecstatic if more of your colleagues did the same, increasing the quality of online content, and giving consumers a greater chance to learn to love wine and wine culture.

We don’t want your job, we want you to want OUR jobs!

I’m busy live-blogging the Wine Future Conference in La Rioja. You can follow along too, and see what we feel was coming out of the event: 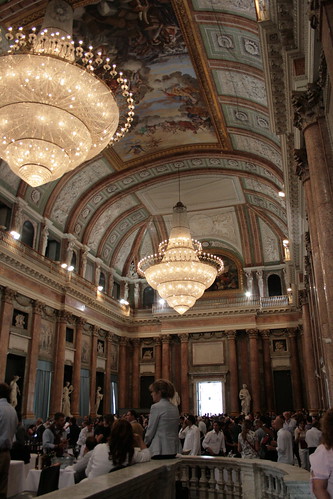 Is there something intrinsically “Italian” about a website built in Italy like there is something uniquely Italian about the country’s wines (beyond the obvious language issue of course)?

I don’t think so. However, there might be something uniquely Italian about how a problem is addressed and solved. For example, I’m attending a “wine” conference in Genoa, and amongst the 20 or so speakers at yesterday’s “unconference” were two olive oil producers and a producer of wonderful balsamic vinegar – all talking about the same issues of building their brand, sharing their personality and delivering expert content using the web. Who knows, maybe this cross-fertilisation of ideas might bring new insights or opportunities?

This is the sort of “outside the box” thinking and discussion we hope will emerge from bringing together bloggers who have an interest in wine, including food, travel and maybe other bloggers, at the European Wine Bloggers’ Conference (EWBC). Maybe it will be the Italian balsamic vinegar, or the Spanish wine tourism or maybe the Portuguese designer that will spark the discussion that will lead to a new approach to sharing wine online. Who knows!?

In the meantime, I must say I’ve been reminded of, and impressed by, the range of wines made in Italy, but which are so hard to find outside of it. It is a shame it is so hard to find wines such as the indigenous Pigato, Ciliegiolo, Cesanese and Cannonau – instead of the ubiquitous Pinot Grigio (does anyone know of a great resource on Italian grapes to link to?). I urge you to explore these further.

And on that note, I’m off to taste more wines from 125 producers at TerroirVino. A presto!

OK, the cat is now out of the proverbial bag.

Ryan and Gabriella over at Catavino have just posted news of some discussions that have been going on for a few months about a Wine Bloggers’ Conference in Europe.

A few months ago a group for wine bloggers on facebook suddenly exploded with creative energy and all sorts of stuff was discussed. Conferences, dinners, tastings, “pimp my blog”, “am I sexy or not?” (OK maybe not the last one). But, just like most facebook groups, very little came of it, but at least the doors were opened.

One of the most interesting ideas was that Wine Bloggers should get together to share ideas, drink some wine, meet their peers and generally have a good time. Unfortunately we are not a rich bunch, and on top of that, there is a great difference between the state of blogging in the US and the rest of the world.

While our American cousins imagined exhibition stands, multi-track conferences, discussions on alternative platforms, revenue-generation, wine2.0, etc. those of us in Europe preferred to start with a dinner with lots of wine and friendly conversation, and maybe go from there (which I think is what is also now happening in the US). 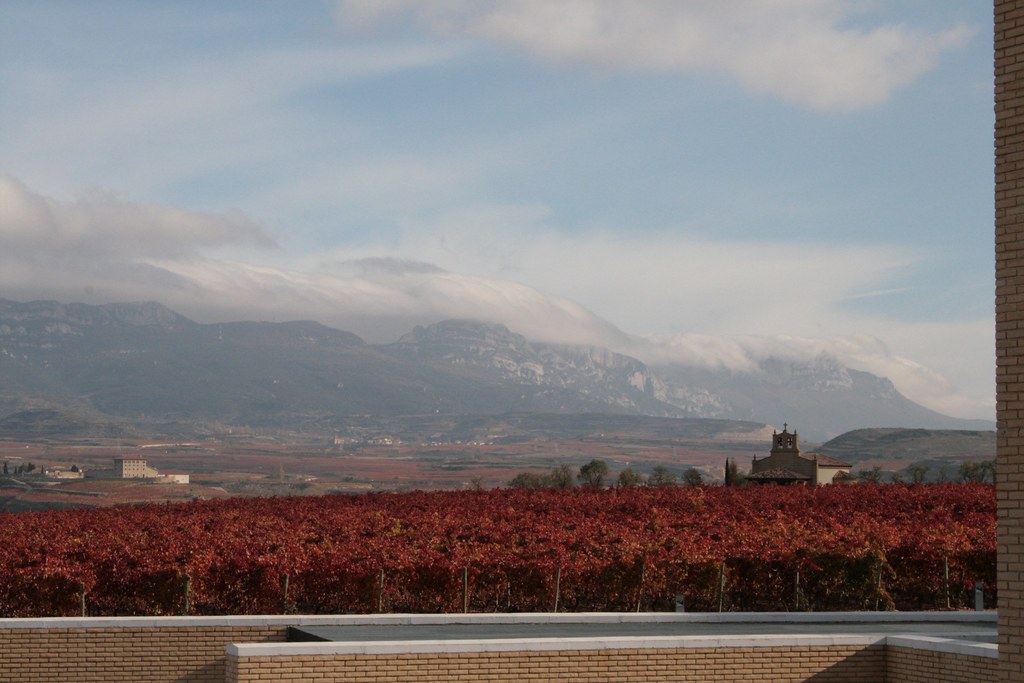 Ryan, Gabriella and I took it upon ourselves to see that something would happen, however small, in Europe in 2008.

Our plan is to gather in Rioja for that dinner, wine and conversation and maybe take the opportunity to visit this famous area and some of its wineries (in the interests of transparency and disclosure I would point out that I work for Dinastia Vivanco in the UK). Lots more details can be found here.

If you fancy joining us, or getting involved in any way, get in touch with me here or on Catavino.net. Although we will probably focus on European issues, this event is open to anyone who blogs about wine, however peripherally, and in whatever language.

Come and join us, it’ll be fun!