Do you have influence? This question is causing quite a stir at the moment, but what does it mean in the wine world?

This question will be of particular relevance next week at the London International Wine Fair. Why? Because with the massive growth of online sources of information, wine businesses will want to understand who can help them spread their message, and build their brands.

“Influence“, in theory, goes beyond raw numbers of readers, hits and followers, and instead promises an insight into a wine communicator’s ability to engage their audience and generate some kind of activity (see here for a previous post “Writing Under the Influence of Twitter“).

In many ways, it is analogous to how wines are scored, except this time it is the communicator themselves being scored. Take James Suckling for example, infamous for his point-scoring perspective, in the world of influence he himself is scoring 47 and 53 instead. I don’t think he’d like these numbers, but should he be impressed?

The “science” of measuring this influence is in its infancy, but developing every day to include a wider range of information sources. Two of most widely used services today are PeerIndex & Klout, and for your enjoyment, analysis and feedback, here is a list of “top 100 wine twitterers” I have created from the MANY folks I follow every day:

For comparison, here are Klout scores for the same top 10:

Unfortunately Klout’s list does not allow for more than 10 users at the moment, so it is very hard to compare (but this data should be available shortly) however, you can see a similarity in the general order of users.

In essence, the influence score is a measure of how likely a message sent by this person is likely to be heard and acted upon. It is calculated based on measures such as the size of the audience, the volume and quality of interactions with that audience (messages, retweets, lists), the nature of the content being shared, and how unique and interesting that is, and more.

But does it mean anything? More importantly, does it help in any way?

I feel uncomfortable with the idea of “most influential” lists, yet I do recognise that the people who feature highly are those I read and look out for.

I believe it would be better for the term “influence” to be replaced with “skilled at social media communication” – unfortunately that is a lot less catchy. I believe that these measures are really about how skilled the person is at communicating clear messages in a way that people will want to follow, read, share and react. Skills are learned, and the effort and time users invest in these accounts is therefore also reflected in the score.

Does it matter? Whatever you think these measures mean, they do reflect the profile of certain people and messages. More decision-makers (advertisers, PR companies, buyers, consumers) are paying attention. For that reason alone, the answer is, Yes … but don’t lose sight of the big picture!

It is always important to keep an eye on the leaders in a field, but don’t forget that in an area that is developing as fast as social media, the next big thing is probably not included yet!

Next week’s LIWF will see a lot of influence at work, and if managed well, see these scores rising. Brands will see their influence scores rise as visitors share their reviews and links online. Communicators will be discovering and sharing the kind of unique content that their readers are interested in, and looking to share. Who wins? Everybody – brands, writers and consumers, and the online wine culture.

Have you checked your score? Is it a fair reflection? Want to know how to improve it? Come along to the Access Zone on F70 at the London Wine Fair to ask us.

Stay tuned to WineConversation.com as we explore the area of influence, or communication skills, and look in more detail at what this might mean.

I’m currently working on a project looking at the measurement of online influence. Or is it influence online? Or is that influence of online measurement? The whole concept is hard to grasp. What value do these values and lists have?

First question, what do you measure and what does it mean or imply? 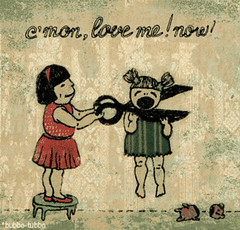 In fact, I only have followers because a few people thought I was interesting and friendly enough that they kindly recommended me to their friends, and then these people did the same. In that case THEY have influence. I now have *some* by extension.

If you want to look into this area, here are some sites to check out and sign up to, including my current ratings for reference and to demonstrate the variability of scores and their scales:

What does influence mean?

I think I can encourage a certain number of people to follow links, but who are they and what are they doing? Is it just robots? Are they curious? Or am I really answering questions they have, and therefore delivering some value?

In the case of wine, should it only be measured by an ability to get bottles into consumers hands?

Influence ought to mean “creates action or change”, but how can we measure that, even just online? What many tools really look at are just a proxy for that – followers, retweets, mentions, etc.

Worst of all, are these ‘influential’ lists just self-referential? For example, the lists of ‘top blogs’ add weightings to links from other ‘top blogs’ that mean that once you are ‘in the club’ you are more likely to stay there until you make the mistake of linking to newer blogs and giving them a boost up the ladder (note; this is intended to be ironic – seems we need to be sure to qualify things these days). Once you are listed as influential, it is more likely you will be followed, retweeted, quoted, measured and interviewed and so you become more influential.

What use is it?

Once I’ve had a look at the actual rankings I will also post some thoughts on how, if at all, these measurements might be useful for anything other than stroking a few egos.

I will be working with one of the services listed above to put together a view of Wine Influencers on Twitter, providing them with a reasonably comprehensive list of wine twitterers to review. It should be fun to plug in some names to the algorithms and see what list/order emerges and then get your feedback.

Who would you say is “most influential” in wine (online, on twitter)? How do you even define it? Leave me a note to link me to you favourite list of wine twitterers and I will do my best to get them included.

UPDATE 25 January: In writing this post I realised I had not properly signed up for PostRank analysis. I have now done so and update the line above. Firstly, it is VERY confusing. I have no idea what stats mean, what is public, what is about me, versus the blog, and how it is calculated. However, it SEEMS to be extremely powerful and FREE, so I will keep looking into it. Any recommendations or help? Do you use it?