Do you have influence? This question is causing quite a stir at the moment, but what does it mean in the wine world?

This question will be of particular relevance next week at the London International Wine Fair. Why? Because with the massive growth of online sources of information, wine businesses will want to understand who can help them spread their message, and build their brands.

“Influence“, in theory, goes beyond raw numbers of readers, hits and followers, and instead promises an insight into a wine communicator’s ability to engage their audience and generate some kind of activity (see here for a previous post “Writing Under the Influence of Twitter“).

In many ways, it is analogous to how wines are scored, except this time it is the communicator themselves being scored. Take James Suckling for example, infamous for his point-scoring perspective, in the world of influence he himself is scoring 47 and 53 instead. I don’t think he’d like these numbers, but should he be impressed?

The “science” of measuring this influence is in its infancy, but developing every day to include a wider range of information sources. Two of most widely used services today are PeerIndex & Klout, and for your enjoyment, analysis and feedback, here is a list of “top 100 wine twitterers” I have created from the MANY folks I follow every day:

For comparison, here are Klout scores for the same top 10:

Unfortunately Klout’s list does not allow for more than 10 users at the moment, so it is very hard to compare (but this data should be available shortly) however, you can see a similarity in the general order of users.

In essence, the influence score is a measure of how likely a message sent by this person is likely to be heard and acted upon. It is calculated based on measures such as the size of the audience, the volume and quality of interactions with that audience (messages, retweets, lists), the nature of the content being shared, and how unique and interesting that is, and more.

But does it mean anything? More importantly, does it help in any way?

I feel uncomfortable with the idea of “most influential” lists, yet I do recognise that the people who feature highly are those I read and look out for.

I believe it would be better for the term “influence” to be replaced with “skilled at social media communication” – unfortunately that is a lot less catchy. I believe that these measures are really about how skilled the person is at communicating clear messages in a way that people will want to follow, read, share and react. Skills are learned, and the effort and time users invest in these accounts is therefore also reflected in the score.

Does it matter? Whatever you think these measures mean, they do reflect the profile of certain people and messages. More decision-makers (advertisers, PR companies, buyers, consumers) are paying attention. For that reason alone, the answer is, Yes … but don’t lose sight of the big picture!

It is always important to keep an eye on the leaders in a field, but don’t forget that in an area that is developing as fast as social media, the next big thing is probably not included yet!

Next week’s LIWF will see a lot of influence at work, and if managed well, see these scores rising. Brands will see their influence scores rise as visitors share their reviews and links online. Communicators will be discovering and sharing the kind of unique content that their readers are interested in, and looking to share. Who wins? Everybody – brands, writers and consumers, and the online wine culture.

Have you checked your score? Is it a fair reflection? Want to know how to improve it? Come along to the Access Zone on F70 at the London Wine Fair to ask us.

Stay tuned to WineConversation.com as we explore the area of influence, or communication skills, and look in more detail at what this might mean. 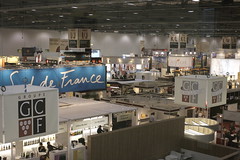 I think this must be my third, or possibly fourth, London Wine Trade Fair (LIWF) since I started writing this blog. As a “Trade Only” show, it might not be of interest to many of you, so I don’t talk about it much unless I come across an interesting story or two. This year might be a little different.

The main reason is that the European Wine Bloggers Conference for 2009 has been announced, and the interest in it is such that Ryan and Gabriella Opaz from Catavino.net (my fellow organisers) and I have been invited to talk about the intersection of the wine business and Social Media. We will be speaking in one of the London Wine Trade Fair’s official ‘Briefing’ slots, on Wednesday the 13th of May at 13:00. Our topic is: “Wine and the Web: the Business of Getting Social“. I look forward to sharing a platform with Ryan Opaz and Dan Coward from Bibendum who are sponsoring this talk.

If you are in the wine trade and you can make it on Wednesday, come along to the talk (RSVP here) – we already have lots of wineries, agents, importers, PR and journalists coming along but there is still space left. We want to keep a good proportion of the time for questions, so come prepared, we’ll try to do the same!

The other exciting news from the London Wine Trade Fair this year is that they have begun to recognise wine bloggers as “Press” just as they do for journalists from traditional media. You get a Press badge, access to the Press Centre, WiFi, and a seat! You do have to have some track record of writing about wine on your blog to qualify, which I think that’s fair (I can imagine there are a lot of people who’d like to be able to come along to the biggest wine tasting in the UK), but otherwise, they are keen to give bloggers access to the world’s top wines. If you are not already on the list and you want to know more, leave me a comment here or email me (thirstforwine AT gmail DOT com) and I’ll pass on the details.

If you read this blog you will find me either on Bibendum’s stand (D30) or on the EWBC booth which has been generously organised by ViniPortugal on their stand (B20).

I’ll certainly be sending some thoughts and pictures from the show floor on twitter. If you want to check it out, make sure you follow me on twitter (I’m @thirstforwine)

So what do a top-class restaurant, a wine bar and a designer/bespoke tailor have in common with wine? Well, for the first two it is obvious, but the answer is not quite that simple.

If you follow me on twitter you will have seen me in conversation with @galvinatwindows, @vinoteca and @simonblaqua a fair bit recently, and you might even be forgiven for assuming I was running their PR in some way. I thought it fair, therefore, in the interests of full disclosure which I am so very keen on, to tell you a little bit more about why.

Having ‘evangelised’ about blogs, facebook and now twitter in the wine trade for several years now, it is very exciting to see so many businesses I deal with in my “day job” really beginning to listen to what Social Media can do for them. Now, instead of blank stares or laughs (or worse) when I mention what I do online, people are starting to ask my advice.

I don’t “consult” professionally about these things (although you never know what tomorrow brings) so generally speaking I’m happy to sit down with them and share my thoughts on what they could do. In most cases it is a bit of harmless chat, but in some cases these new friends jump headlong into social media and start to do really exciting things.

@galvinatwindows is the GM of a great restaurant, chic, well regarded and frequented by all sorts of celebrities, rich hotel guests and adventurous London foodies with a head for heights. He doesn’t “need” social media to make a splash, but he has embraced it wholeheartedly and is organising special tours, dinners, cocktail competitions, tastings and menus and promoting them through twitter in particular. Wow!

@vinoteca was recently voted “Wine Bar of the Year 2009″ – they too don’t need more publicity as such, but they too are embracing social media as a way to have better conversations with the kind of people who love their wine concept – which includes me. 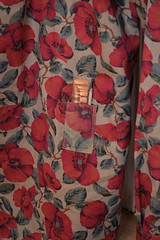 @simonblaqua is a clothing designer who works with performers like Alabama 3 and has also designed things for rock royalty (I’m sworn to secrecy, so you’ll have to ask him). I was simply a customer, until I used his bespoke tailoring skills to create my Moocket shirt. Now he too is excited about starting a bespoke tailoring conversation with customers and those with interests in bespoke design. I will be supporting this by helping to host an evening of wine & design on 13 March (more soon) – but mainly because I’m getting excited about the idea as a consumer, not for “business” reasons.

There is a blurred line here, I admit. Some of these people I meet because I work in the wine business, and they might even be current or future customers, but I write about them now because I think that what they are doing is very brave, very exciting, and hopefully interesting – and tangentially related to wine culture for a variety of reasons specific to each one.

I hope to keep bringing you stories like these as I explore what is happening with the people and businesses I come across, and I trust you’ll find these interesting enough to bear with me here and on twitter.

If you have any interesting stories of bars, restaurants or designers using social media (bonus points for making it relevant to wine culture), please leave me a comment.