You may have heard us talking about some exciting projects on the horizon, so we are very excited to announce Vrazon‘s latest project which will be officially launched at the 2012 London Wine Fair Access Zone, Wine Gold 2012. As we will be recruiting for ambassadors for the launch we thought we might give our friends and followers an early “heads up” so that you can get involved. 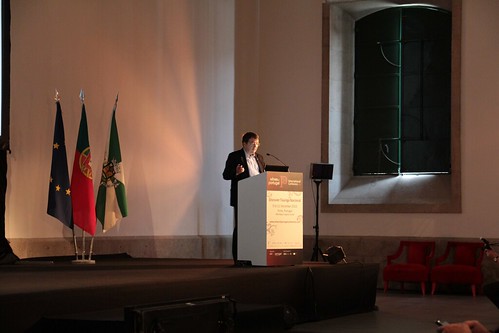 The European Wine Bloggers Conference is very grateful for having received the support of sponsors such as ViniPortugal in 2009, Austrian Wine in 2010, Franciacorta in 2011 and of course Wines of Turkey in 2012. The conference hosts have gone a LONG way to helping wine bloggers and wine lovers to learn about their wonderful wines and broaden their drinking horizons.

However, we became very excited when two of these sponsors, having met at the EWBC 2010 in Vienna, decided to cooperate.  The result was that the incomparable Willi Klinger was invited to give a keynote presentation to Portuguese wineries and the international Press at the Wines of Portugal International Conference (WoPIC) by their Portuguese counterparts.

We are excited to be able to announce that Vrazon will be taking this to the next level with the support of generic wine bodies from all over the world in the Wine Gold 2012 action plan.

In the spirit of the 2012 London Olympics, UK based wine promotion bodies will team up on a ‘sporting’ agreement to promote ALL wine and not just their own narrow interests for the year.

Instead of campaigns to get already confused wine consumers to switch from one region to another, the objective of Wine Gold 2012 will be to promote the enjoyment and appreciation of all good wine. We hope to convince more drinkers that by taking more interest in wine, they can discover amazing expressions from places they’ve probably never even considered or heard about.

Just as the Olympics introduce us to new sports with unique attractions, such as beach volleyball and kayaking, without detracting from the ‘classic’ track, field and pool events, wine consumers can also look forward to a more varied wine experience.

We look forward to working with our friends at bodies such as Wines of Chile, Wine Australia, Wines of South Africa, Wines from Spain, Sopexa and others to make this happen and to help sell a better range of great wines from all over the world.

If you can think of any further projects that should be funded to promote “Wine” we look forward to hearing your views in the comments, and if you are interested in leading the charge in any of these areas, please let us know.