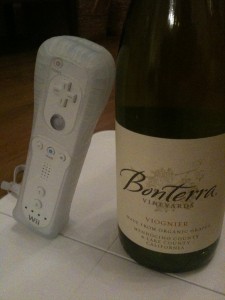 I thought I’d share a quick thought which occurred to me as I was preparing a presentation concerning wine tourism:

Question: How do you sell games consoles to older adults? How do you reach a new audience?

Answer (or one of them): You don’t focus on features like graphic speeds, but on benefits.

Case in point; Nintendo. The Wii Fit isn’t a “games console and controller”, it is a home fitness tool. The Nintendo DS Brain Training isn’t a game, it is mental exercise. Clever!

What are the lessons for wine tourism, and wine for that matter?

Firstly, we need to move beyond the “my wine is a product of the best grapes and wine making processes”. This is almost a given. It has some attraction for the enthusiasts, just like graphic card speeds do for others, but it doesn’t attract a new audience.

I wonder if you can think of any innovative wine communications/marketing examples out there? I’m a little hard-pressed myself, to be honest.

There are a few “Wine as Luxury Lifestyle Product” experiences, such as the Marques de Riscal Hotel & Spa, or “Wine as Environmentally Responsible Product” such as Banrock Station, but these are very few.

If you have any thoughts, or know of anything out there, do drop me a line.

Now, back to my Wii (the Fitness can wait, I’ve got Quantum of Solace to finish)