“… if you will make a man of the working creature, you cannot make a tool. Let him but begin to imagine, to think, to try to do anything worth doing: and the engine-turned precision is lost at once. Out comes all his roughness, all dullness, all his incapability; shame upon shame, failure upon failure; pause after pause: but out comes the whole majesty of him also; and we know the height of it only when we see the clouds settling upon him. And whether the clouds be bright or dark, there will be transfiguration behind and within them.”

I’ve been trying to get my head around Natural Wine for a while. It’s not so as to understand the wines or what certain winemakers are trying to do, but why it creates such animosity and argument. If you will indulge me a moment, I’d like to put forward a way of looking at this which involves a sci-fi film, 19th century wallpaper designs and the Dynasties of Port wine which I look forward to discussing with producers and consumers at both upcoming ‘natural’ fairs – RAW (The Artisan Wine Fair) and The Real Wine Fair. 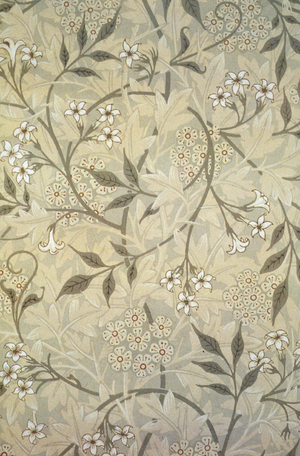 I do not want to be drawn into the debate over the term “Natural” to describe this end of the wine spectrum. I feel it is as good a title as any, and in any case, I believe this term will soon/eventually disappear. This style of wine will survive, we will just think of it differently. I am not arguing for one side or another, but I do think we should support a range of viewpoints.

Like most wine discussions, arguments about Natural Wine mainly revolve around the liquid in the bottle – how it gets there, what it tastes like, and what it should be called. This seems logical, after all, we are interested in wine, right?

In fact, I would argue that it is not.

Taste IS a personal thing, and one can like or hate individual bottles, but this is not the same thing as appreciating the motivation behind how they were made. I personally don’t like (any) cheese, but I do appreciate the craft of cheese-making.

The ‘features’ of the Natural Wine movement include: a focus on sourcing organically grown materials, minimising the human inputs and interactions with these materials in the winery, and attempting to bottle a liquid that expresses a unique character associated with the grape and the place it comes from. These are all laudable aims, but they are also open to measurement and criticism, which is what occurs.

We’ve come to accept organic viticulture as rational, but there are always choices to be made on details, such as ripeness for picking. Then, what counts as “intervention”, when in fact, as even Doug Wregg has pointed out, there’s no such thing as natural wine, only natural vinegar? And finally, when the resulting wine smells unlike any other wine on the market, is this to be interpreted as a fault, as a character of the terroir usually filtered out by technology, or simply a winemaker’s preference?

The two sides of the debate will argue these points interminably, but because they are seeing the argument from different perspectives, they will never agree. I believe that a little reframing of the discussion, might, if you will excuse the pun, bear more fruit.

In the general market, we have come to accept the role of technology [in its broadest sense – as the application of scientific knowledge] to allow us to consume with consistency, quality and reliability. This is true not just in wine, but across the board. Wineries proudly announce the technical qualifications of their wine-making staff and their latest investments in machinery.  They adopt ever more clever, innovative and ‘scientific’ practices to remove variability caused by nature and human error when making their wines in order to achieve these perceived values for the consumer. When they do come across issues, even ones such as environmental responsibility, they ‘fix’ them with more technology – lighter bottles, recyclable plastic, alternative energy and so on. Science begets more science.

This is the underpinning to quality marks such as “Parker Points”, Gold Medals and sweetness scales; it is taken for granted that we are all consuming the same product so we can measure these wines and judge them. If it ticks the boxes, it is good. If it strays from the accepted scales, it is bad.

From this perspective, Natural Wine is at fault. Like a brilliant child who has grown up wild without attending school, he fails the standardised test. In the great terms of reference of the film Gattaca, he’s an (in)valid. As the ambitious Vincent Freeman, conceived ‘naturally’ by parents who could have had him ‘specified’ from the lab, but who still wants to head into space, says:

“I’ll never understand what possessed my mother to put her faith in God’s hands, rather than her local geneticist.”

Do we want wine lists made up from ‘perfected’ interpretations of wines, or do we want them to be varied and evolving, capable not only of fault, but of greatness?

As I was vividly reminded when watching Zev Robinson’s latest wine documentary, “Life on the Douro” recently, making wine is just as much to do with the interaction of people and places as it is about the liquid that ends up in the bottle. Natural Wine should not argue over levels of sulphur, tannin or VA or whether a wine is ‘better’ because it was made in a clay pot. It seems to me that instead it is driven by a rejection of these technological terms of reference. 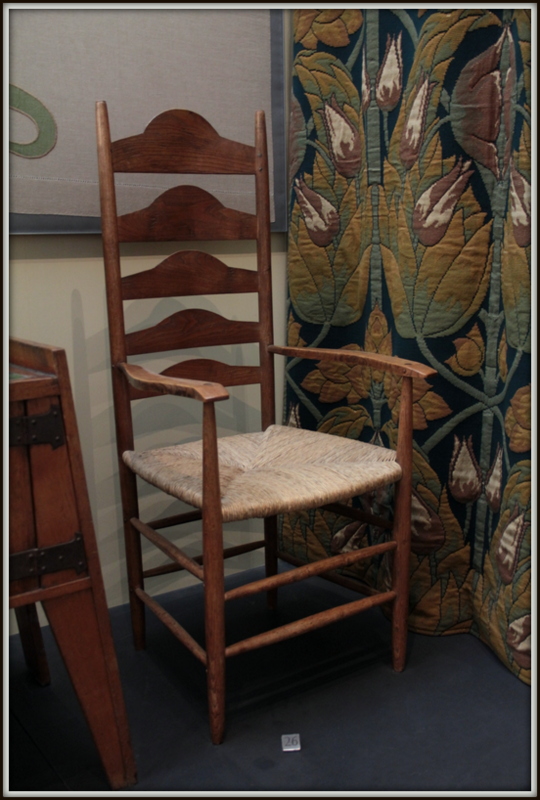 The Natural Wine movement is not the first to take this approach, and looking at other experiences might be able to teach us lessons. The Arts & Crafts movement famously did much the same for design and architecture in the late 19th Century. John Ruskin and William Morris may not be names you are familiar with, but they too were reacting to a society falling for technology (the Industrial Revolution) and argued that the division of labour and reliance on machinery was damaging society. They argued for design to be “true to its materials” and avoid unnecessary ornamentation or fakery, for the designer-craftsman to be involved in the product at all stages (hand-making everything), and for a return to ‘craft’ production instead of machine precision. It is really not hard to see the parallels with wine.

Let’s compare an IKEA chair with a craft-made kitchen chair. Both are used for sitting on, but they are different, not because of exactly how they were made, but because of what they mean to us. One is a disposable, mass-produced consumer good to be replaced when it inevitably falls apart (it must, they need us to buy again); the other is an heirloom, a piece of furniture and art to be treasured, and one whose minor flaws are integral to its story.

Even if this is true, there is always a time and place for both approaches, and no reason for being absolutist. There’s space in our life for IKEA kitchens and 3L bag-in-box wine as well as Morris & Co Wallpapers and Qvevri wines.

Arts & Crafts did not survive for long, but it did matter. It failed in large part because although craft production is attractive, it is not commercial – it doesn’t scale. There are only so many tables & chairs you can make each year if you have to do every stage yourself, and they become expensive. Natural Wine faces the same issue. But the ideas behind Arts & Crafts did inspire others to change, to make more honest products, to think of the people and societies who made and consumed the products they were creating. This movement inspired designers like Charles Rennie Mackintosh and architects such as Frank Lloyd Wright and the Bauhaus movement and still influences thinking today.

But will it age well?

You can convince someone to want to taste a bottle of Port by telling them a story about carving vineyards out of steep rocky valleys, shipping wines up and down treacherous rivers and across dangerous seas, and the huge wealth and desperate ruin that families experienced as a result, without once having to mention what the wine tastes like.

If we accept this, then it won’t matter how it is made on either end of the spectrum, and we can get on with focusing on the people and the story, and the impact, of the wine.

I honestly believe that the term “Natural Wine” will eventually disappear because once this extreme of the wine world is accepted and less radical, once its principles have been more widely adopted and reinterpreted, it will be meaningless as a differentiator. I look forward to new terms and movements emerging, and the wine trade should support this, not fight it.

It will have been a success because a small group of people encouraged us to see the world of wine differently and reach for the clouds.

[Disclosure: Vrazon has agreed to attend the RAW Fair to run the “Access Zone Unfiltered” social media space during the event in 2012, and we look forward to listening and learning about different views on these wines, and tasting wines. This post is not meant as promotion for one event or another however]