What more evidence do we need?

(this post is a follow-up to “Paper Wine Bottle to Rescue Wine Sales” and an interesting, < and FOUND again>, conversation on Facebook about resistance to innovation) 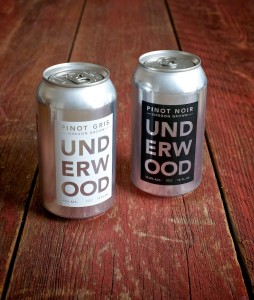 Quality wines in a can from Underwood (c) David L Reamer

The Drinks Business writes an article about a packaging innovation and (cynically?) makes sure to include a reference to cheaper commercial beer brands in the first sentence.

Then, when the WSET, bastion of the international wine trade’s education, decides to post the article to their facebook page they get 20+ comments of which, to date, 95% are negative and yet not one person has tasted the wine or even seen a can.

Reactions include:
– homeless people all over the world are cheering hahahahahahahha
– Hideous !!! No romance no enjoyment .. We finally except (sic) screw caps and now this insulting slap in the face ! What’s wrong with the bottle all of a sudden ?
– how to appreciate the colour of the wine? what about influencing the taste using beerification? I wont buy it!

Following my recent post on paper wine bottles, and while the Wine Vision conference is apparently bemoaning the lack of innovation in the wine business and our inability to reach consumers, when anyone tries something new it is immediately rejected. Why?

If anyone had bothered to look, people who HAVE tried the Underwood product seem to like it. Here’s Cool Hunting for example:

“We found the product to be novel and the experience enjoyable, but we were surprised by how great the wine was—causing us to rethink previous notions about bottling.”

Come on people, let’s be a bit more positive. What is really stopping us? We might actually do something that is cool for a change

Does this bottle represent a way to safeguard the future of the wine trade in the UK? This is a bottle made from recycled paper, a plastic liner, and a simple, but effective design. It seems unlikely, yet I find it very exciting. 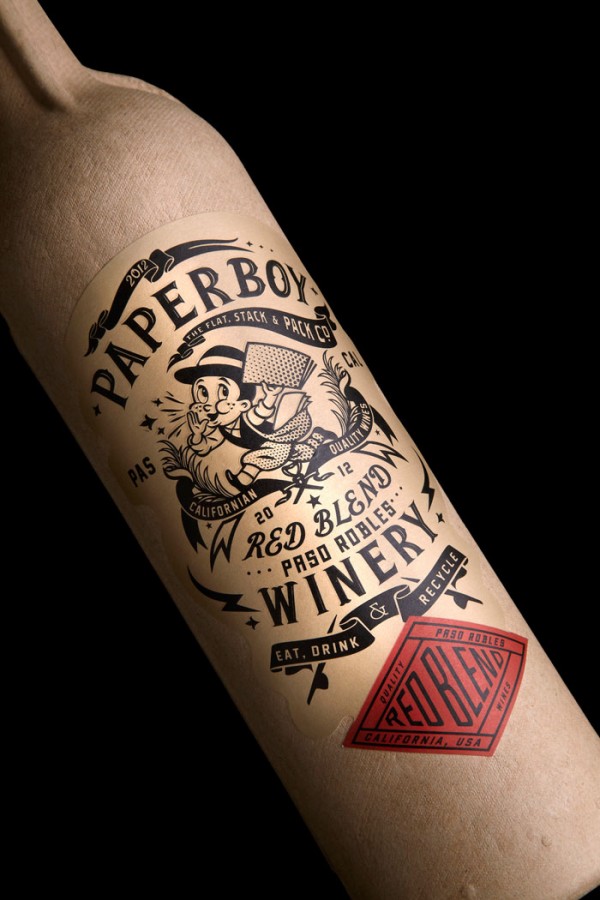 If you remove the financial and environmental costs of glass bottles, and put that BACK into producer & retailer margins, you can still reduce the cost of the wine being sold in retail channels and have money to invest in marketing and branding. Once the door is open to packaging innovation, why stop with paper? There are pouches, tetrapacks, boxes, cans and more that fit the above criteria too. We can energise the volume market for wine, helping producers and retailers across the world.

One of the biggest issues facing the wine trade is our complete inability to explain to consumers why a bottle sold in a supermarket for £5 is any different to one sold via a specialist merchant for £50. This confusion allows supermarkets in particular to benefit from the ‘goodwill’ associated with wine and its aspirational nature. While it helps to sell lots of bottles, it actually damages the general perception of wine. Consumers do not naturally ‘trade-up’ to more expensive bottles once they’ve discovered wine. On the contrary, they eventually stop seeing it as anything special.

This is not about education. It is about branding and marketing.

We have no language to differentiate what a chocolatier might call “Confectionery” in the wine business from “Artisanal” bottles. As far as the consumer sees it, if it walks like a duck, quacks like a duck and tastes like duck, … then it is a duck, and this duck is on special offer!

Here’s my solution, separate the ducks from the … swans. (OK, no more duck analogies).

CHANGE WE CAN BELIEVE IN 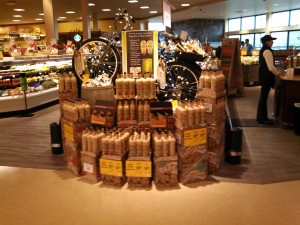 Instead of trying to “educate” consumers to distinguish wines according to region, grape mix, or wine style, change the cues they really care about. Change the packaging!

The wine sold in supermarkets has certain distinguishing features, chief amongst which is the fact that bottles are consumed within HOURS of being sold, and within mere weeks from being bottled in many cases. They do not need glass bottles, corks, labels and many other costly packaging designed for long-term cellaring.

Many of you dear readers (and I’m guessing the majority will be linked to the wine trade in some way), will object immediately and say “but consumers WANT bottles, corks, etc. and do not like alternative packaging.” I would agree as things stand, but WHY? Because that’s what we TELL them they are supposed to like. Instead of promoting alternatives, we spread our prejudices linked to the wines WE like to drink, which is not what most consumers need to hear.

When something new comes along, either as a style of wine, new packaging or retail innovation, it is often criticised for dumbing down wine, for treating wine “like coca-cola”, for “not really understanding wine”.

WRONG! It took a gutsy commitment by the supermarkets, especially Tesco, to promote them positively, to change the mantra, and consumers took to them like ducks to … oops!

We, the trade, should also stop treating all ‘wine’ as the same and create different categories that have their own context. Bottles WILL remain, but they will be a characteristic of the types of wines that need this kind of long-term packaging for ageing and developing.

Instead of looking down on ‘supermarket wine’ we need to promote the best of it, positively. What simpler distinction can we offer consumers? 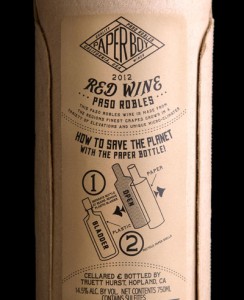 That’s where Paperboy comes in.

This is not just wine idealism. This product exists and is being enthusiastically backed by Safeway (in the US) and the design has also featured on TheDieline.

I contacted the designers responsible for Paperboy, Stranger & Stranger, already highly respected for their creative designs in the wine and spirits world and asked Kevin Shaw, Founder & Creative Director, a few questions, and he answered in his characteristically direct manner.

Where did the idea for Paperboy originate from? I saw one of these paper bottles a couple of years ago so I assume there is a patent out there that this licences?

One of the partners of Greenbottle approached us with a prototype they’d been showing around but couldn’t get anyone to bite on. I thought there was some potential, not in the UK market but in the US where they have more of an open mind to testing new ideas. So we came up with a sexy brand name and concept, put Greenbottle together with Truett Hurst, a winery group we have a strong relationship with, and sold in the brand to some retailers. Honestly, we had everyone biting our hand off for the product.

Will Paperboy be available in the UK?

No. Greenbottle couldn’t find a retailer brave enough to even trial it. And even if they did they’d want to stick it on promotion like everything else. We’re interested in using innovation to drive value up.

How scalable is this product? Will we ever see it in mass production for volume brands, or is this something that will require a huge investment before that could happen?

The production development for this product has been tough but they now have it together on a commercial scale and we’re talking about many millions of units next year.

What has the consumer reaction been, more importantly, the distribution chain’s reaction? Any issues of display, shipping, returns?

The distribution chain has been over the moon because everything is so much lighter. They can fit twice as much wine on lorries – lorries are packed by weight – so they save a load of money on fuel. The retailers are getting behind it, just take a look at the attached picture, because it’s really good wine with something real to contribute to the environment. The energy saving is huge, almost 85% energy saving on glass bottles.

Influencers are hugely interested as this is something really unique and we’ve purposely created the brand launch to appeal to early adopters so the influence will trickle down. It’s been amazing at making wine appealing to a younger consumer.

Where next for paper bottles? We’re rolling out the idea to other beverages. Where next for wine bottles? We’ve a load of new ideas in development and now we’ve got a platform in the US there’s no stopping innovation.

The innovation is already happening. Our task is to create a positive language to support this.

What do you think?

Is innovation in packaging the route to reducing wine category confusion?

UPDATE: Some comments from:

Great article by @thirstforwine on why we should be more open minded to alternative packing for wine. http://t.co/AEbSG89Seq #green

@thirstforwine Paper bottles are more eco-friendly than glass, but don't offer a luxurious pace of consumption like (bag in) boxes