Oddbins is in trouble, and it needs a new lease of life, and probably a new investor, to survive, but brands CAN survive repeated near-death experiences if they have something to live for.

Newspapers and the wine media are full of doom and gloom stories about the future of Oddbins, once the UK’s coolest wine retailer. This week they announced that they were closing 39 shops, losing around 200 staff, and that this was probably just the start. The reality is that once the financial situation reaches a state of crisis, trust evaporates and things only get worse. Of course many of us working in the wine business either grew up working or shopping there, so many people are very upset. 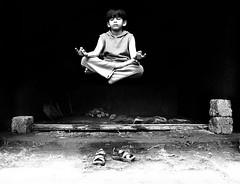 What seems to be missing from the discussion are positive suggestions on the future for this brand.

I know nothing of the financial or management discussions going on at the moment, but I thought I’d say something that has been on my mind since the current owners, under the management of Simon Baile, bought the business from Castel in 2008.

Let’s face it, the future of mass wine retail on the high street is either finished, or extremely uncertain*. We don’t shop there as often and margins don’t cover extremely high rents and staff costs. This is not the full story though. The Telegraph points out that wine is not alone here:

Every bottle of wine we’ve bought in the supermarket over the last year has been a bottle we haven’t bought from Oddbins and its rapidly diminishing off-licence peers. … Oddbins’ troubles are exactly those that have hit booksellers and record shops nationwide. Let’s hope that there’s not about to be another casualty to add to the list.

I know, I KNOW! Books and music can be ‘consumed’ digitally, but that just made them the first to move the shopping experience online. Our lives are changing and a lot of our shopping is now online. I don’t know about you, but our household rarely visits supermarkets anymore and orders stuff with excellent companies such as Ocado.

Wine is no different. Can you imagine an investor buying into a chain of high street bookshops, music shops or video stores in 2008? I’m sorry, but why did Oddbins try to save hundreds of shops? While they were doing that, people like Rowan Gormley were doing the opposite and establishing businesses like Naked Wines.

Oddbins established its reputation because it made wine accessible to people when the only alternative was “stuffy old wine merchants” – even supermarkets were hardly in the game in those days. The reputation was not really built on “convenience” of high street retail but on the knowledge of staff, the quirkiness of the range, the “coolness” of the Ralph Steadman brand image and the general excitement of discovery. I think I’m right in daying, however, that despite this, even at its peak, Oddbins was never greatly profitable even then!

It’s not death, it is moving on to a better place

Where can you best make that happen today, and try and do it profitably? Not in shops, but online.

The future of the Oddbins brand is to “ascend to a higher plane” and move its MAIN business online and keep a small number of outlets as “experience stores” (in the way Apple & Nike have done so well, and Laithwaites is already doing in wine).

I know it will be a tough transition, and I’m sorry to the many fine folks that will lose their retail jobs, but this would also create a whole new category of online advisor jobs where staff could actually use their wine knowledge and spend less time stacking shelves and dusting bottles.

Threshers tried to cling on to its retail model, and after a protracted series of death throws, it eventually collapsed. That brand didn’t have much to live for. Oddbins is different. I believe, along with many others, that it deserves to continue, but it must go back to its ‘Odd’ roots and embrace the future, not cling to the past.

* Real local shops will survive, but big brands are unlikely to. Even Majestic avoids the actual ‘high street’ and their model is based on finding other local sites.